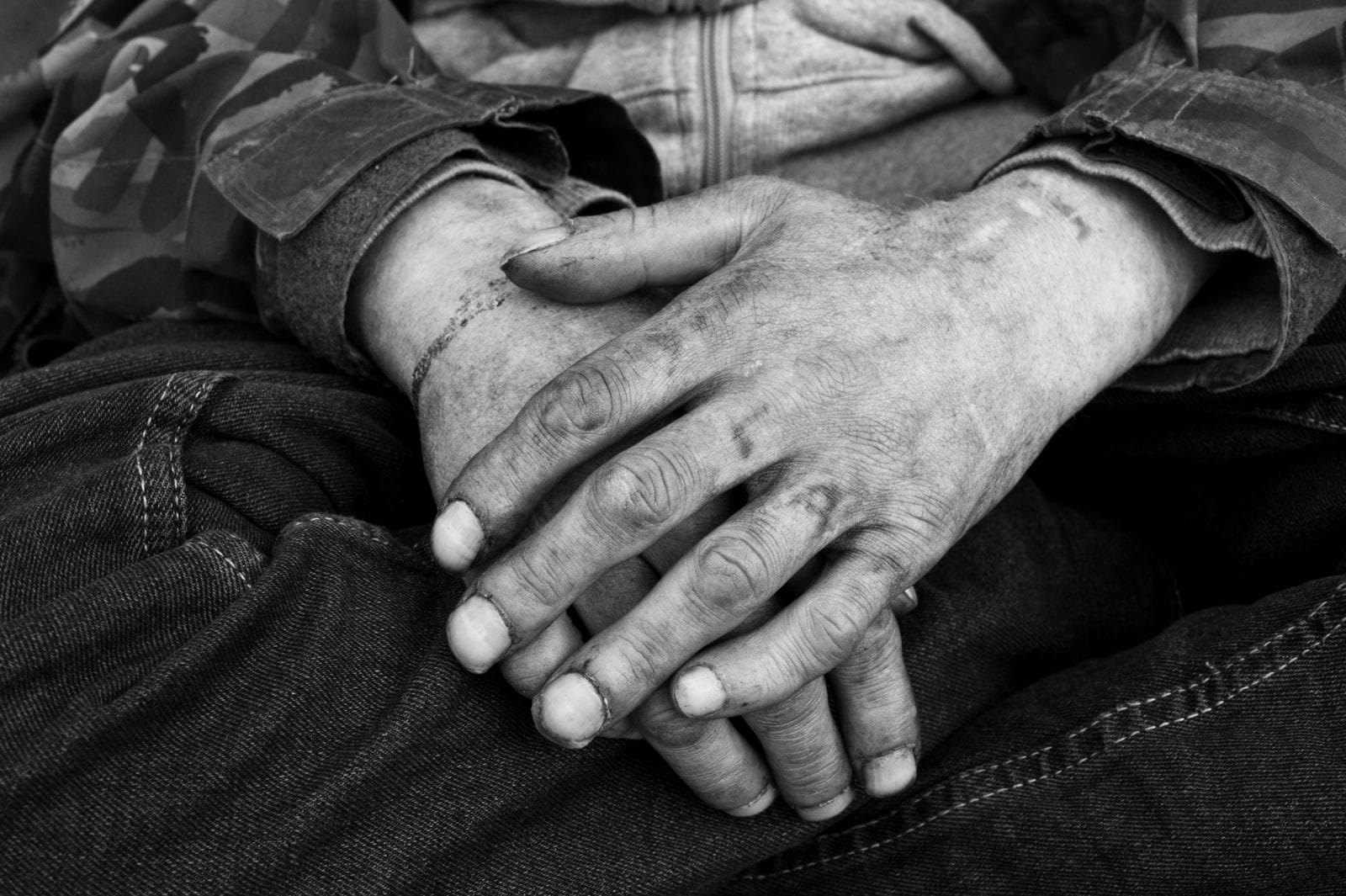 While the exhibition was going on at The Wilson Gallery in Cheltenham I gave Alan a box of books and he was selling them a lot faster than me. I had to keep topping him up every day until I realised I might kill him faster.

Last week, I caught up with Craig Fraser, Alan’s, support worker at the YMCA. In just one year, he’s gone from living in the street with a full blown heroin and crack addiction, begging from 6am-6pm everyday, to voluntarily going onto a methadone script, living at the YMCA, taking advice form support workers, the only resident paying rent every week on time, buying takeaways for the staff, begging only twice a week for a couple of hours (when he gets board), doing his own laundry, improving his personal hygiene and living in a self contained flat; which he was offered for being a model tenant. When Alan first moved in to the YMCA he asked for the bed to be removed so he could sleep on the floor. 6 months later he asked for the mattress back and a few weeks ago he decided to have the bed returned where he now spends his evenings listening to the cricket and rugby on his radio. He’s even put his name down as lead gardener to work and grow vegetables on a donated patch of land for members of the YMCA Recovery Cluster group that Craig set up a month ago. Alan has now got something worth loosing and because of that he’s beginning to slowly change his behavior, learning to grow and live, gaining confidence because he can now see hope. There are many who we might think that Alan doesn’t deserve the space and attention he has been given, but we have to measure his success, by the distance he has traveled. In just one year Alan who over 25 years has lost literally everything, including his teeth, and most of all his dignity and purpose in life, a glimmer of hope is beginning to shine through.

“Ring the bells that still can ring, Forget your perfect offering, There is a crack in every thing, That’s how the light gets in.”

Our world is greedy and parts of it are broken, and I know that giving helps restore balance. If it is giving money, spending time together talking, or asking what food and drink they want and getting it, giving is a way to connect and engage. The day I stop giving unconditionally is also the day I stop giving hope and choice. And the more we give unconditionally, the more hope we inspire. Not just because of who receives it, but how it changes us for the better. You can’t force an addict out of addiction, but when we give unconditionally we give the gift of freedom and choice. Transformation might not happen that day, but it may in the future. The act of giving shows that we care. It doesn’t have to be money. It can be a thermos with warm tea; sharing stories, listening and catching up. Helping to build bridges and a way back. If there is hope, there is the possibility of change. And when we genuinely connect with those in need, we give hope. No silver bullet There is no silver bullet to this problem, David Brailsford Sky Cycling Team calls it “ The aggregation of marginal gains”, and there ARE many available solutions depending on the individual.

So I asked Alan what he thought the solution to addiction was. His face drew an expression of a confident self-belief when he replied without hesitation – “If you don’t want to get addicted – don’t start using drugs. All drugs, including cannabis, eventually lead to the harder stuff.”

Alan has finally decided to stop using Heroin and street drugs. His journey back has been a long hard road for him. Just like a refugee he’s come from a war torn life that has threatened to kill him almost every single day. The new world he is coming back into is unknown, strange, and profoundly overwhelming. He’s going to need a lot of support, coaching, and above all, unconditional love. He’s making the change, now he needs to grow and only then will he be able to live again.

If you would like to find out more information about this project please contact: me@marksteen.com. You can also go online to purchase the book: thebigcoldturkey.com